The year 2020 marks the beginning of the Decade of Action on the Sustainable Development Goals (SDGs). Just a few months ago, the world could not yet anticipate the deep effects that the growing COVID-19 pandemic would have during this crucial year, including on the depth and breadth of hunger, food security, nutrition and livelihoods.

At the outset of 2020, many countries and regions suffered conflicts, political instability and climate disasters, threatening the food security of millions of people. According to a 2018 FAO report, food security is increasingly concentrated in conflict-affected regions and many countries in contracted food crises are also affected by conflict and violence. The same report finds that in 2018, 60% of the 815 million undernourished people and 79% of the 155 million stunted children lived in countries affected by violent conflict. It is therefore crucial to monitor food insecurity in conflict-affected countries, to analyse the linkages between food insecurity and violent conflict, and to take findings into account when designing and implementing local, national and international policies and programmes.

In a report published in early January – the  WFP Global Hotspots 2020 – the UN World Food Programme (WFP) identified 15 critical, complex and fast-deteriorating emergencies at risk of descending further into crisis without the world’s urgent attention and posing serious threats to people’s food security and livelihoods. Unfortunately, COVID-19 has emerged as a potentially major threat and has already exacerbated some of these emergencies. For example, according to the WFP Hunger Map, Niger is showing a deterioration in food intake (compared to a month ago) due to COVID-19. In addition to exacerbating already unstable economies and fuelling violence and protests, border closures to contain the spread of COVID-19, blocked exports, rising food prices and disrupted manufacturing industries also pose a risk of impacting humanitarian supply chains into some of the hotspot countries.

WFP is the frontline agency responding to emergencies and strengthening people’s preparedness and ability to cope in the face of crises. The largest humanitarian agency working to both save and change lives, WFP is primed 24/7 to step up support wherever needed, given sufficient funding and access. However, the agency estimates it will require more than US$10 billion to fully fund all of its operations in more than 80 countries around the world in 2020.

In light of this new global threat, WFP released – in April – an updated version of its original report, removing one and adding 5 countries (Yemen, Myanmar, Syria, Sudan and Burundi) to the Hotspots 2020 list. The 19 hotspots are divided into three risk categories: “Simmering”, “Boiling” and “Overheating”, with the latter representing the highest risk category. For each hotspot, the report lists information on the context, its effects and WFP response. The information contained in the report is drawn from WFP’s Corporate Alert System, an internal analysis that is compiled every two months and is used to identify countries of high prioritisation for emergency assistance and to respond to sudden changes in food availability or disruption to food supply chains. In addition, WFP currently also publishes regular updates on concrete actions taken in response to COVID-19, including the close monitoring and adjustment of delivery modalities and programmes, an appeal to government partners to accelerate financial contributions and the analysis of interactions between COVID-19 and pre-existing food, nutrition, socio-political, economic and security fragilities through an early warning and security analysis. For monitoring purposes, WFP has also launched a Global COVID-19 map on school closures and school meals activities, highlighting a staggering number of almost 369 million children globally, who are currently missing out on daily school meals.

In the April update of the WFP Global Hotspots 2020 report, Syria is among the countries added as a top priority. Violence there has increased and is likely to displace a high number of people in the coming months. Also added were Sudan, with its economy deteriorating and food prices spiralling, leading to 9.5 million people requiring humanitarian assistance. Furthermore, upcoming elections in Burundi and Myanmar, in combination with millions of displaced people in need of humanitarian assistance, pose risks of unrest and violence.

More than one million people in Haiti are already suffering from severe hunger, which places the country high up the list. In sub-Saharan Africa, several countries remain amongst the hotspots: Zimbabwe, South Sudan, the Democratic Republic of the Congo (DRC) and the Central Sahel region all need immediate support, according to the report. Violence in the Central African Republic (CAR) has left 44% of the population food insecure.

Find below a summary of the new 19 Global WFP Hotspots 2020, including social tiles & suggestions for tweets:

ZIMBABWE has highest #foodinsecurity levels in a decade, exacerbated by severe droughts, according to @WFP #GlobalHotspots2020 report. There's fear of another poor harvest with farmers struggling to access ag materials & inflation up 700%+ by end 2019: bit.ly/3bdnPh4

The humanitarian situation in SOUTH SUDAN is precarious, according to @WFP #GlobalHotspots2020. Essential services are widely unavailable, markets malfunctioning and the lack of infrastructure & climate shocks are hampering recovery efforts: bit.ly/3bdnPh4 #zerohunger

In BURUNDI, the May 2020 pres. elections pose risks of public protests & human rights violations, according to the @WFP #GlobalHotspots2020 report. Millions face economic hardship & 45% of households are estimated to become food insecure➡️bit.ly/3bdnPh4 #zerohunger

In the north- & southwest of CAMEROON, violence is worsening following the Feb 2020 elections, affecting 500’000 #IDPs says @WFP #GlobalHotspots2020 report. Over a million will face food insecurity in 2020 & humanitarian access is challenging➡️bit.ly/3bdnPh4 #zerohunger

In the CAR, violence is ongoing in the run-up to the scheduled Dec 2020 presidential election?Risks include largescale displacements & worsening of #foodsecurity with fighting impeding land access, according to @WFP #GlobalHotspots2020 report➡️bit.ly/3bdnPh4 #zerohunger

To cope with shortages, families in LIBYA reduce spending on health and education, compromising their resilience, says @WFP #GlobalHotspots2020 report. Combined with the potential spread of #COVID19, this will become a serious problem at household level?bit.ly/3bdnPh4

The potential for peace in AFGHANISTAN has not yet been realised & livelihoods continue to be eroded, says @WFP #GlobalHotspots2020. Communities are more difficult to reach & border closures to contain #COVID19 could disrupt humanitarian supply chains➡️bit.ly/3bdnPh4 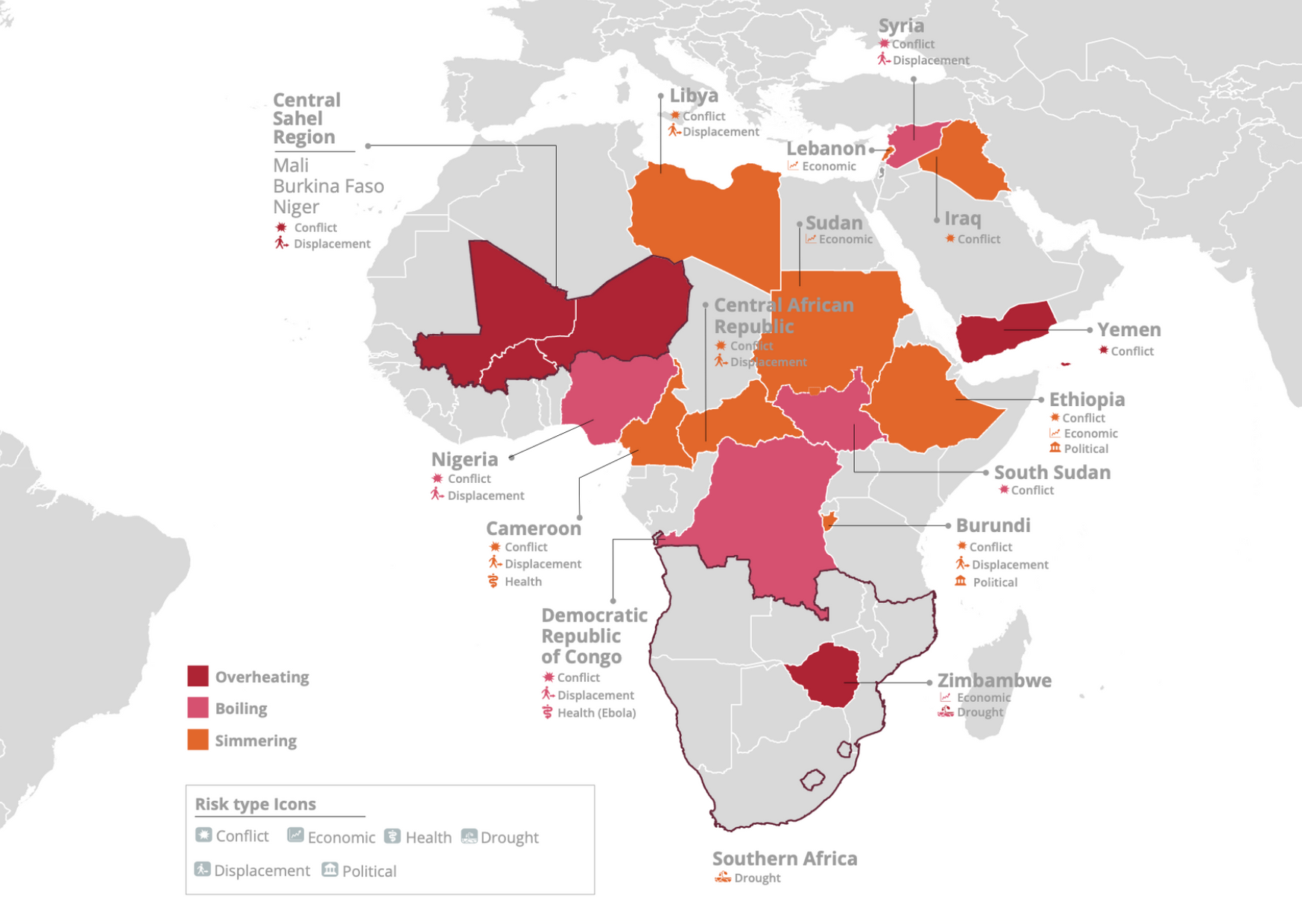 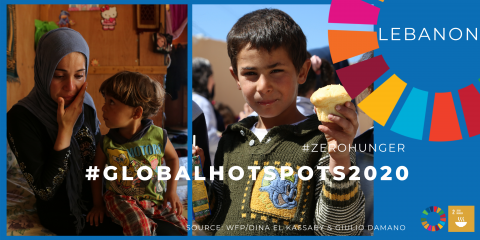