Many don’t know the alarming rates of child nutrition in India. With 1 in 4 children obese or overweight, India is the third most obese nation in the world after the US and China. The World Health Organisation has also ranked India as the diabetes capital of the world.*

Globally too, little progress is being made to address the rising number of overweight children. To date, 38.3 million under-fives are estimated to be overweight around the world, a figure that, if current trajectories continue, is only set to increase. Diets have a key role to play in tackling this global epidemic. National-level initiatives such as Slurrp Farm have an important role to play in delivering healthy, nutritious foods to children everywhere. 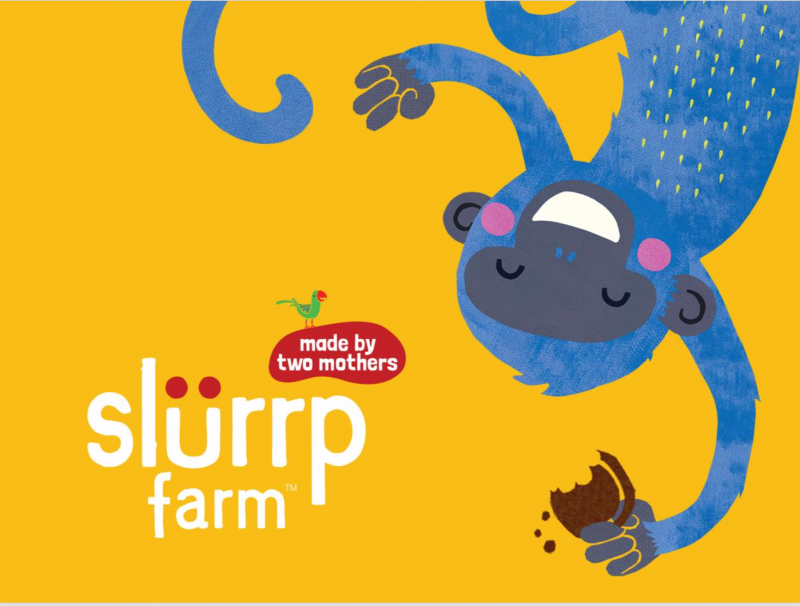 Recognising the impact of good nutrition on a child’s ability to grow, learn and thrive, Slurrp Farm aims to provide tasty and natural alternatives to the junk food that surrounds children today. Launched in October 2016, Slurrp Farm’s puffed snacks, cookies made with real butter, millet pancakes and millet dosa (a savoury crepe) and cereals for babies are available in 1000 retail stores across India and shortly the UAE and the UK as well.

Starting with best quality ingredients they can find, Slurrp Farm strongly believes in using a diverse range of heirloom supergrains in their recipes: Finger Millet (Ragi), Sorghum (Jowar), Foxtail millet, Amaranth, Lentils and Oats. They like to use millets because they are high in nutrition, good for the farmer and sustainable for the planet. Wholegrains also pack a nutritional punch, as they contain more essential nutrients than refined flours.

“Combined with natural flavours with a mother’s instinct for taste, their products feel light in the tummy and are yummy as well!  Slurrp Farm strongly believes that no parent should compromise on health or taste when it comes to feeding their child. And that is the Slurrp Farm promise - made by two mother’s, just the way you would at home.” -- Shauravi Malik

Nutritional and ecological merits of millets!

The lack of dietary diversity has been cited as a key cause of malnutrition, not just in India but across the globe. With rice and wheat composing a large part of daily meals as well as packaged food products, there is a definite need for alternate foods to fill the nutritional void left by the overconsumption of a few grains. Eating more millets is not the only way to reduce malnutrition, but their documented benefits suggest that these grains can address the gaps in contemporary dietary habits to a large extent.

The emphasis on these grains is based not only on their nutritious merits, but also as a sustainable solution to the amplifying crisis of food security and environmental damage. These crops are resistant to the adversities of cold, drought and salinity, and thus suitable for cultivation on dry and arid lands. The capacity of millets to thrive in harsh climate conditions offers a means by which to rescue agricultural communities ridden by drought and poverty. Nearly 50% of India’s arable land is estimated to be drought prone; the possibilities for millets to be re-integrated into the food system are endless.